The SAT exam is a standardized test used in the United States for college admissions. It was originally developed by the Educational Testing Service (ETS), a nonprofit organization. Presently, ETS still administers the test, but the SAT exam is published and owned by another non-profit organization - the College Board. SAT was originally an acronym for Scholastic Aptitude Test, later revised to Scholastic Assessment Test, but today, the test's official name is the SAT Reasoning Test.

Today, all colleges accept the SAT exam for admissions, though some also require applicants to take the ACT, which originally stood for American College Testing Program. Historically, the ACT exam was more popular in the Midwest and the South, with the SAT exam more popular on the East and West coasts, but the SAT is now accepted as the national standard. Some schools consider the SAT optional for admission.

The SAT exam consists of three sections, Critical Reading, Mathematics, and Writing, each of which is scored on a scale from 200 to 800, with a maximum possible score of 2400. Colleges vary in the minimum score they accept for applicants. The SAT exam has three hours and 45 minutes of timed test materials, in total. In addition to the three major sections, the SAT includes a 25-minute experimental section that is used to normalize questions for future exams, and which does not contribute to the test-taker's score. With orientation, completion of biographical sections, and timed breaks, most administrations of the test take about four and a half hours.

The Writing section of the SAT exam was added to the test in March of 2005. It is divided into two sections: a 25-minute essay section and a 35-minute multiple choice section testing the ability to improve sentences and paragraphs, and to identify grammatical errors. In the essay section, the test-taker must write a short essay in response to a provided prompt. The essay is scored on a scale of 1 to 6, though off-topic essays receive a score of zero, and the essay counts for 30% of the total Writing score. 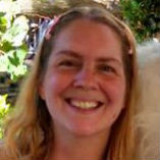 In addition to her role as a PracticalAdultInsights editor, Niki enjoys educating herself about interesting and unusual topics in order to get ideas for her own articles. She is a graduate of UCLA, where she majored in Linguistics and Anthropology.

In addition to her role as a PracticalAdultInsights editor, Niki enjoys educating herself about interesting and unusual topics in order to get ideas for her own articles. She is a graduate of UCLA, where she majored in Linguistics and Anthropology.