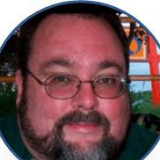 There is no single career path to follow when it comes to breaking into theater acting. Some professional actors literally start out by performing in school or church-sponsored events as children, while others do not even consider theater acting until well into adulthood. There are things a person can do to improve his or her chances of professional employment as a theater actor, however, but in many situations the hiring process is guided by forces other than training or experience. A person can be cast in a theatrical role because of his or her physical appearance, ability to sing or dance, or other intangible factors. Many professional television or film actors begin their careers acting by "treading on the boards," a reference to legitimate theater acting.

One way to get started in theater acting is to take advantage of every opportunity to perform locally. Many community and amateur theater groups hold open auditions for future productions, and there may be a need for performers from all age groups. These auditions are generally advertised in local newspapers and through word-of-mouth. The director and/or producers of the show will appear at a specified location, often an empty auditorium or workshop, and ask interested actors to perform a short prepared monologue or a scripted scene from the play. Some roles may call for a strong singing voice, so a performer may have to prepare a short acapella song or provide background music. All of these specific requirements for an open audition should be included in an information packet or in the advertisement's copy.

Community theater is a good way to gain confidence and acting experience, but many professional theater companies also like to cast actors who have gone through an accredited training program. This type of professional acting education can be accomplished by enrolling in a college theatrical program or signing up for private acting classes offered by experienced theater actors. Some theater majors can pursue professional work with a Bachelor of Arts degree, while others may opt to complete a Master of Fine Arts degree before entering the notoriously competitive workforce. Theatrical training should allow students the opportunity to learn the history of theater as well as the mental and physical demands of the craft.

Breaking into the professional theater acting world can be a daunting challenge, and many beginning actors must support themselves through other means. Employment schedules for working actors must also include some flexibility, since a role in a professional theatrical production could call for travel or a demanding performance schedule. Some actors find it easier to start their careers in a regional dinner theater circuit or other non-union entertainment venues. Many professional actors are strongly urged to join an actor's equity association or union, and a number of professional theater groups will only hire union actors. A beginning actor may also want to find a qualified manager or talent agent who can arrange for auditions and introduce promising talent to influential directors and producers. Theater acting is a collaborative effort between an actor and others who rely on his or her skills, training and appeal in order to have a successful production. It can also be a world of feast or famine, so anyone interested in becoming a theater actor should be prepared to make a number of sacrifices before becoming an established professional.

A regular PracticalAdultInsights contributor, Michael enjoys doing research in order to satisfy his wide-ranging curiosity about a variety of arcane topics. Before becoming a professional writer, Michael worked as an English tutor, poet, voice-over artist, and DJ.

A regular PracticalAdultInsights contributor, Michael enjoys doing research in order to satisfy his wide-ranging curiosity about a variety of arcane topics. Before becoming a professional writer, Michael worked as an English tutor, poet, voice-over artist, and DJ.

I tried theater acting as a career when I was in my early 20s, and I learned a few things about that line of work. First of all, the actors who got the best roles were the ones who took acting courses in high school and college. Sometimes a person with little training can come into an acting audition and impress the casting director, but those situations are rare. What impresses directors more is a track record of solid performances and training.

My son started acting in community theater when he was 6 years old. The director of a play needed some kids acting like kids around the set during outdoor scenes, and one boy to play the character Ebenezer Scrooge asks to buy the Christmas goose for the Cratchetts. My son got that part, and he caught the acting bug after that. He played in just about every play that required a child actor.

I'd say if a person really wanted to pursue a career in acting, he or she needs to decide if it's truly a calling or not. Theater acting has a lot of ups and downs, and financial stability is never guaranteed. Most people who succeed in that line of work usually can't see themselves doing anything else with their lives. The thrill of being on a stage in front of an audience is what keeps them going.