Creative people often find themselves drawn to jobs in media. Journalists, photographers, editors, anchors, and camera operators have a chance to use their skills to communicate with the public at large. Media jobs often involve long hours, tight deadlines, and a fair amount of work-related stress, but the opportunity to constantly learn new things and meet interesting people makes these careers well worth the effort.

When considering media jobs, many people think of newspapers and magazines as primary employers. However, they often tend to overlook the smaller publications. Although not everyone with an interest in media jobs can work at The New York Times or Redbook, there are lots of opportunities available at smaller regional publications covering everything from parenting and home improvement to sports and entertainment. Positions can be either full-time, part-time, or freelance.

Broadcast media jobs include those in radio and television, working as either on-air talent or assisting behind the scenes. These jobs are often even more competitive than print media positions, since they attract a large number of applicants hoping to become "famous" for their work. Unpaid internships with local markets are usually seen as the best way to get experience in this aspect of the media industry, with talented applicants working their way up to more prestigious gigs over a period of several years. Even media mogul Oprah Winfrey started by landing a position reading copy for WVOL radio in Nashville, Tennessee when she was 17 years old.

Increasingly, digital media jobs are being seen as the future of the communications field. These jobs may include writing articles for the website of a print publication or preparing articles for a company that is an online-only news source. In addition to basic writing, digital media jobs can also involve creating graphics, printables, audio files, video, or interactive elements such as games and quizzes. Some digital media jobs even involve getting paid to use social networking tools such as Facebook, MySpace, and Twitter to promote specific interests.

Qualifications for jobs in media can vary. Many employers prefer to hire people for entry level positions who have degrees in English, communications, journalism, or a related field. However, there are also a number of people who turn to jobs in media after being successful in other careers. If you have strong language skills and don't mind working hard to prove yourself, the lack of a degree in a specific subject area shouldn't hold you back. 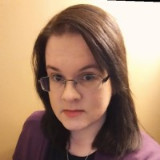 Dana holds a B.A. in journalism and mass communication from the University of Iowa. She has loved being part of the PracticalAdultInsights team ever since discovering the joys of freelance writing after her son was born. Dana also hones her writing skills by contributing articles to various blogs, as well as creating sales copy and content for e-courses.

Dana holds a B.A. in journalism and mass communication from the University of Iowa. She has loved being part of the PracticalAdultInsights team ever since discovering the joys of freelance writing after her son was born. Dana also hones her writing skills by contributing articles to various blogs, as well as creating sales copy and content for e-courses.

@pleonasm - I think the best way to get one of those jobs at the moment is to start out as a freelancer and work your way up.

Either that, or get a Masters in Communication or something. But I think many companies realize that people who spend every moment online and learn about it organically are the best people to learn how to manipulate it for the good of a company.

I think social and digital media jobs really are the way of the future.

There are so many different methods of promoting things online that there is a big need for people who are savvy in those methods to take advantage of them.

I mean, if you take a decent video on Youtube and get it to go viral you quickly get your message to millions of people.

The best example I can think of was the Disney online video where a guy set up a dancing proposal for his girlfriend. He started singing and people from the crowd came out and did some Disney-esque dance moves for him.

Of course, the whole thing was staged, but the video did go viral and did a lot of advertising for Disneyland.

And that video would have been developed by someone with a finger to the pulse of social media.

It's funny how many different ways there are to get into media. My friend started out at an office job, just basically manning the phones and doing secretary work. She had a sociology degree so she was quite happy to get it!

Then she started getting herself promoted. Eventually she got a sort of media relations job which included editing the small newsletter put out by her company. It was the favorite part of her job, even though it was, to be honest, a boring newsletter.

Finally, she managed to use that experience to get into her current job, where she works for a conversation company and edits the small magazine they put out every few months.

She really loves it too, but it wasn't something she expected to end up doing when she was starting out.